Udyog Vihar is the oldest commercial locality in Gurgaon which explains why it is still a maze with a lack of infrastructure and proper civic amenities. These pit falls however, have not deterred corporates from seeking office space in this area. Udyog Vihar is still an upmarket area to have an office.  This area is built up to capacity and buildings have no option of expansion except for upwards.

The lack of basic amenities such as parking and poor road quality has not stopped Udyog Vihar from becoming one of the most sought after localities for office space in Gurgaon. At one time this was an industrial area but now the manufacturing units have been moved out making it into an office hub. It is one of the most popular commercial hubs in Gurgaon.

One of the greatest conveniences of Udyog Vihar is its close proximity to the National Highway 8 and the old Gurgaon Delhi highway. Locating Udyog Vihar for new visitors to Gurgaon is very easy because of its convenient location. People getting to work do not need to worry about traffic as the highway is very wide and allows the traffic to move faster than inner city roads.

Udyog Vihar also has the advantage of being located close to the airport. Visitors flying in from other locations can reach the office soon and do not have to rush out at the end of the day to catch their return flight with the airport being so close.

A ready to move office space is one where the interiors have been professionally designed and pre-done. The office space is outfitted with a general requirement in mind and with soft furnishings that have an aesthetical appeal. The basic requirements for office use are catered to and it is complete and ready for a business to move into.

Benefits of a ready to move office 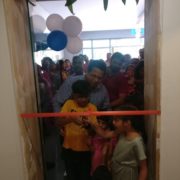